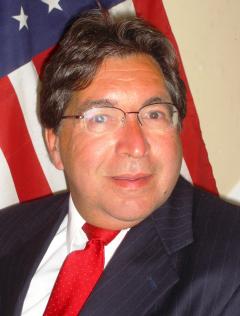 AEDs (Automated External Defibrillator) save lives. An AED is a device that analyzes a heart rhythm and when necessary, through audio instructions, takes a user through the process of delivering a shock to restore normal cardiac rhythm. According to the American Heart Association, “A victim’s chance of survival decreases by 7-10 percent for every minute that passes without defibrillation.”

A 2002 study published in the New England Journal of Medicine examined the effectiveness of AED use in Chicago’s public airports. During a two year period, 21 persons had non-traumatic cardiac arrests, 18 with ventricular fibrillation. In 4 cases the defibrillators were not available within 5 minutes. In the 11 survivors, 6 were sucessfully resuscitated by rescuers who had no training in resucitation. AED’s provide a record of the ECG and response that can be downloaded after to determine what the rhythm was. These records have documented the excellent performance of the units.

Throughout Smithtown, AEDs are available in schools, fire departments, emergency medical service vehicles and in Town buildings. The consensus among professionals is that having an AED available is a good thing. In an effort to promote the training and use of AEDs all fifty states and the District of Columbia include using an AED as part of their Good Samaritan laws. The Cardiac Arrest Survival Act of 2000 encourages placement of AEDs in federal buildings and ensures federal liability protection for those who acquire or use an AED to help save a life. (AHA)

Early in 2012 John McQuaid, president of Kings Park Youth, appeared before the Town Board with a proposal to donate AEDs to the Town to be used by organized groups who use specific fields in the Town located in Kings Park for practice and games. The Town Board initially rejected Mr. McQuaid’s proposal. According to Town Attorney, John Zollo, there was a misunderstanding as to who would have access to the AED. The Town understood that the donated AEDs use would be restricted to Kings Park Youth activities.

After the initial rejection McQuaid approached the Town Board again and urged them to reconsider their position. McQuaid clarified KPY’s position that the donated AEDs should be available to all organizations. Satisfied, the Town Board decided to accept the donated AEDs after developing and implementing a policy that would cover the use, storage and liability issues.

Approximately one and a half years after the initial proposal things are pretty much the same, no AEDs at the fields, no policy in place and no discussion at the Town work session on how to proceed.

Richard Macellaro, a Kings Park resident and a candidate for Town Council, has been attending Town meetings for years. He addressed the Board urging them to move forward with developing a policy for the use of AEDs.He offered suggestions which included: organizations providing their own AEDs, Town providing AED’s and fee’s attached to organizations who chose to use the Town’s AEDs. Macellaro’s proposals included training and contractual agreements between the users and the Town. ( Read Macellaro’s comments in letters to the Editor)

In a phone conversation with John McQuaid he admitted to being a little embarrassed by the situation. “After my second appearance before the Board, I received notification that they would accept the donation and AEDs would be available for emergencies. I thanked the Board members publically and now it is a year-and-a-half later and members of KPY are asking me what’s happening.”

According to Zollo, there has been a lot of discussion between parks, public safety and his office about the best way to assure access to the AEDs and at the same time minimize the risk of theft of this expensive (approximately $1500.00) piece of equipment. The work session proved to be fruitful, the suggestion by Councilman McCarthy to create stands in which the Parks Department places the AEDs in the morning and removes them in the evening seems like the direction the Town will take. According to Zollo policy may be in place by the end of the year