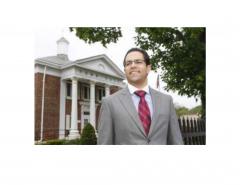 In a statement, Councilwoman Joanne Gray praised Snair for his vision for Smithtown’s future and his nonpartisan approach. “As a Republican, I support Steve Snair for Supervisor on November 5th. I believe party affiliation in local elections is not as important as listening to the message of the candidate. Smithtown residents need to give this young man their support if they hope to re-energize Smithtown and bring it into the 21st. century.”

“I’m proud to receive the endorsement of Councilwoman Joanne Gray,” said Snair. “The ideas I’ve been talking about since I entered this race are common-sense solutions, and it’s great to see that Republicans, Democrats, and unaffiliated voters alike support them.”

The endorsement for Snair is significant and serves as a sign of strength for his campaign. This is the first endorsement of the election in which an elected or former elected official has crossed party lines. What is even more significant is Councilwoman Gray served on the Town Board with Supervisor Vecchio from 2000 - 2007.

Steve Snair is an attorney who operates a private law practice based in the Town of Smithtown. The lifelong resident of Smithtown announced his candidacy for supervisor in April of this year. The election for Smithtown town supervisor will be held on November 5th.