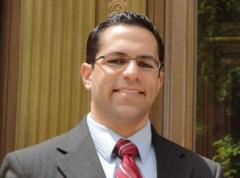 In a statement, DiNapoli said, “Steve Snair has proven he is the best choice for Smithtown. He will bring an honest, fresh approach as supervisor and I look forward to working with him.” DiNapoli has served as Comptroller of New York since 2007.

Steve Snair is a private practice attorney and small business owner based in the Town of Smithtown. The lifelong resident of Smithtown announced his candidacy for supervisor in April of this year, running on a platform of revitalizing the town through updated planning, job creation and economic development, which will grow the tax base and relieve the burden off middle class taxpayers.

Tom DiNapoli was appointed New York State Comptroller in February 2007 and elected to a full-term in 2010. The native of Long Island is also a former state assemblyman, where he was the Chairman of the Assembly Environmental Conservation Committee. As the Chief Fiscal Officer of New York State, DiNapoli has shown a strong commitment to governmental reform. Through his audits and oversight, he has targeted more than $2 billion in wasteful spending.