By:
Maureen Rossi
Publication:
The Smithtown Messenger and on-line in SmithtownMatters.com 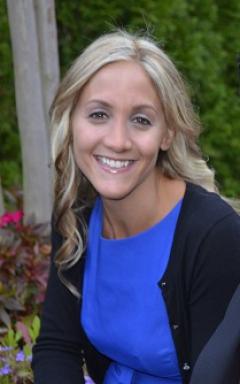 St. James resident Nicole Barattini was recently nominated for the Presidential Award for Excellence in Math and Science. Her proud father Tony Giordano, who is active in Smithtown and Suffolk County politics, gave a sweet shout out to his little lady on his Facebook post a few days back.

The Presidential Award for Excellence in Mathematics and Science Teaching (PAEMST) is the highest recognition that a kindergarten through 12th-grade mathematics or science (including computer science) teacher may receive for outstanding teaching in the United States. According to PAEMST Awardees serve as models for their colleagues, inspiration to their communities, and are leaders in the improvement of mathematics and science education. “I was thrilled when I found out a parent of one of my current students nominated me,” said the soft spoken educator. Barattini said she was incredibly touched by the honor.

By the time Nicole was a 10th grader living in Smithtown she knew she wanted to be an educator. Nicole attended St. Joseph’s College and majored in mathematics education 7-12th. She remains today at her first teaching job at St. Mary’s School in East Islip. “Initially I thought I wanted to be a high school teacher when I got this middle school job I loved it so much and changed my mind,” she explained.

“I found out in an e-mail from the organization that I was nominated,” she added. Teaching for four years she says she knows she has made the right career choice.

When it comes to the controversial Common Core curriculum, Nicole says she likes the curriculum. “It’s somewhat more challenging for teachers to implement but the children are responding and comprehending mathematics better,” she explained. She says it’s helping her students to understand the principles, the essentials behind the subject matter. “It teaches the fundamentals and how and why things are done instead of just memorization,” she added.

However, Nicole does not deny that the new Common Core in it’s entirety is more challenging. She shared that St. Mary’s implemented the new curriculum last year. “I’m more concerned with how they (students) are able to use the skills, than the test results” she chimed in. Her students do take the state test, but she says at St. Mary’s “it’s not the be all and end all”.

Nicole attended Holy Family Regional School in Commack before attending St. John the Baptist High School in West Islip. Active in high school she played soccer and was a cheerleader. Today she coaches the soccer team and the volleyball team at St. Mary’s. “It’s amazing to see my students in a different capacity – you learn a lot more about them than you do in the classroom,” she laughed.

Nicole recalls her childhood days when her mother was a school nurse in Half Hollow Hills. “She always spoke so highly of working in a school; she told me it was going to be rewarding,” she shared. The dedicated educator said her mother’s advice was great advice.

Nicole has been married for four years to Kevin Barattini. Kevin a Kings Park native is known for his very popular D.J. business and his philanthropic work. Between their careers, her coaching and their volunteer work they are a very busy couple. Nicole says her life is really great, she’s very happy.

“I enjoy going to work every day,” she said. Nicole has a Master’s in Special Education and is optimistic that it will come in handy one day. She reflected on that comment and changed her mind; she said it’s helping her already – the young nominee of one of the nation’s most prestigious education awards says it’s helping her every day to relate to students with different abilities. Nicole credits her success to her close-knit family. She says she owes a lot to her parents and her brothers James and TJ and her husband Kevin. James is a member of law enforcement in Colorado and brother TJ is a Veteran of War; he served our country overseas in Afghanistan.

Nicole looks forward to coaching and teaching, she says every day is exciting.