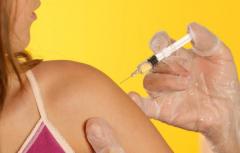 A children’s advocacy organization contends the American Health Care Act — the proposed replacement for Obamacare — would be devastating for youngsters in New York who are covered through Medicaid and the state’s Children’s Health Insurance Program.

House Republicans are seeking support for a bill some have dubbed Trumpcare, which calls for deep cuts in public forms of insurance as the GOP attempts to dismantle the Affordable Care Act, former President Barack Obama’s signature legislation.

“What we’re saying is that currently there are slightly more than 2 million kids covered by Medicaid and CHIP in New York, and both of these programs receive a significant amount of federal money,” said Benjamin Anderson, director of health policy for the Children’s Defense Fund in Manhattan.

Anderson fears some children could lose health care coverage under the GOP proposal.

His organization conducted an analysis of pediatric health care coverage and turned up several startling figures: Of the 4.5 million children in New York, 54 percent are covered by Medicaid or CHIP.

Parsing the numbers further, 46.9 percent of New York youngsters — 2.1 million up to age 18 — are covered through Medicaid. Another 6.9 percent or 310,557 kids are insured through CHIP, which provides low-cost health care coverage to children of moderate income families that earn too much money to qualify for Medicaid.

On Long Island, the Defense Fund says 193,535 children are insured through Medicaid and 62,829 are covered by CHIP.

The numbers strongly suggest a majority of New York children have a significant stake in policy proposals that impact Medicaid and CHIP, Anderson said.

Beyond the statistics produced by the Children’s Defense Fund, Sara Collins, vice president for health care coverage and access at the Commonwealth Fund in Manhattan, said the Republican measure takes away advantages that are part of the Affordable Care Act. One is ending the expansion of Medicaid by next year instead of 2020.

“Generally, people with lower and moderate incomes would be particularly disadvantaged by provisions in the American Health Care Act relative to the Affordable Care Act,” Collins said.

Her organization announced last week that if the Trump measure becomes law, it not only would eliminate essential health care benefits — particularly lower costs — but would shift financial risk back to consumers.

Rep. Lee Zeldin (R-Shirley) said in an email Friday the GOP measure has been misinterpreted. “There is a lot of misleading and untruthful claims being spread by individuals and groups looking to preserve Obamacare at any cost,” Zeldin said.

“Health care in America needs a better reality that will improve affordability, access, quality of care and options,” Zeldin said.

The nonpartisan Congressional Budget Office, however, reported last week that under the GOP plan, 14 million people — adults and children — will lose health care coverage next year, and 24 million by 2026.

Jonathan Wu, chief executive of ValuePenguin.com, a personal finance website that conducts research on everything from insurance to daily spending, said the Republican measure is complex.