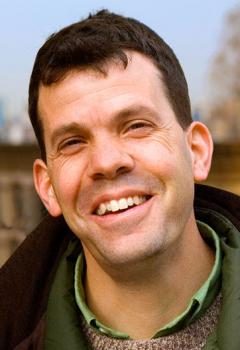 David grew up in Patchogue, where his family moved to from New York City when he was four. He was Valedictorian at Patchogue Medford High School in 1986, went on to get his BA in political science from Hunter College, and a Masters in International Development at American University in Washington DC.

David has over twenty years experience working to see that government is effective and truly engages citizens from all walks of life. As a longtime staffer for the New York City Council, David has worked on issues ranging from protecting children from lead poisoning to promoting green buildings. He helped over 2,000 units of senior housing get built and helped secure millions of dollars for youth, health, senior, and housing programs. He has also worked for the Metropolitan Transportation Authority and the Mayor’s Office of Appointments, where his job was to ensure that the City had the most qualified and capable people in leadership roles.

David has also used his deep knowledge of governance to help build democracy abroad. As a consultant for the National Democratic Institute (NDI) from 2010 to 2013, he worked to establish a legislative budget office to serve the Congress of Liberia, a much-needed reform to help Liberia recover from years of war.

He also managed a US government funded program to strengthen the parliament of Somalia, as part of America's effort to support Somalia in the face of ongoing conflict with Islamic extremists. Among the notable figures he has worked with in his international work are the Prime Minister of Iraq and the Speaker of the Parliament of Somalia.

Currently, David is on leave from his position as a Senior Advisor with Generation Citizen, a national nonprofit that trains college students to be “democracy coaches,” providing civic education for middle and high school students so that they can be informed and active participants in our democracy. David led the initiative to successfully obtain over $1 million in public funding for the organization.

When not working or attending meetings, David enjoys playing softball with his younger daughter, jogging with his wife, a pediatric ER doctor, and having his older daughter sit down for family meals, when she is home and has the time!